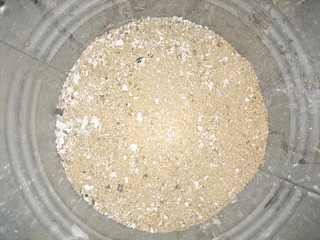 Coal ash is left behind when coal is burned for to generate steam in power plants. Currently, about half of America’s coal ash goes into landfills and surface impoundments. The other half is used in new applications, including the mining industry. The United States generates about 100 million tons of coal ash each year.

When encapsulated, the EPA report found that it was safe to incorporate coal combustion residuals (CCRs) in concrete and drywall. Coal ash is used as a substitute for Portland cement in concrete, and as a substitute for gypsum in drywall. The EPA’s report found that encapsulated CCRs are “comparable to virgin materials or below the agency’s health and environmental benchmarks.”

In addition to outlining these beneficial uses, the EPA report promised a national coal ash rule by December 19th of this year. That’s a major development in the recent history of coal ash politics. In December 2008, 1.1 billion gallons of coal fly ash slurry spilled out of the Tennessee Valley Authority’s Kingston Fossil plant. It would turn out to be the largest industrial spill in US history. A second enormous spilled occurred this February in North Carolina. In the aftermath of these spills, environmental groups took up the fight to get coal ash designated as a hazardous waste, while the building industry fought to keep the current beneficial uses of fly ash. The EPA’s report validates the recycling of coal ash, while still preserving state’s right to regulate fly ash if they choose.

This isn’t the final decision in the coal ash debate. The EPA could still regulate coal ash as hazardous in its upcoming report. Environmentalists argue that coal ash contains dangerous heavy metals, and should therefore be considered hazardous. Building industry advocates, on the other hand, say that coal ash has about the same amount of heavy metals as regular soil.

Whatever the EPA decides, you can rely on Elder Demolition to stay up-to-date and in compliance with all federal and state laws when conducting demolition and salvage work. We specialize in earth-friendly demolition and asset recovery. Through our massive concrete and scrap metal recycling programs, we save thousands of tons of materials from entering landfills annually. Call us to learn how we can cut your demolition costs while also helping the planet.

[photo by: Iwan Gabovitch on Flickr via CC License]